Growing up Seth and Vinh saw the fundamental need for water from two different perspectives. Seth, born in the Midwest, saw water as plentiful resource needed for agriculture. Vinh grew up in Vietnam where clean drinking water was scarce.

Combining Vinh's years of building robots and Seth's love of design, they developed a plan to solve the world's problems through functional consumer products. The first step towards accomplishing this vision was taken in 2016 with the launch of Elemental.

The reusable water bottle is only the beginning of their vision. By partnering with you and trusted organizations, Elemental's goal is to create a healthier, more sustainable future for you and the world we live in.

"Since the beginning, we've been about the people drinking the water, not just the container holding the water"

Your cart is currently empty.
Click here to continue shopping.
Thanks for contacting us! We'll get back to you shortly. Thanks for subscribing Thanks! We will notify you when it becomes available! The max number of items have already been added There is only one item left to add to the cart There are only [num_items] items left to add to the cart
Your are successfully subscribed for email notifications.
✖

Notify me when available

We will send you a notification as soon as this product is available again.

Your email is requried

I have been looking all over for the best gift for my best friends. These water bottles are just perfect! I'm thinking of getting 2 more as gifts for my parents. Relly amazing Bottles. 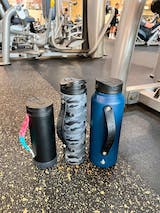 It does its job: keep the cocktail ice cold without melting the ice. Love it! I enjoy my old fashion at home way more than going out now thanks to this tumbler.
It also looks great and doesn’t break… I dropped it once and it barely had a dent. This is definitely my favorite tumbler to use even for coffee and other drinks.
Cheers! 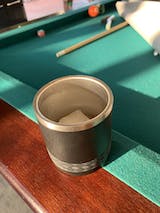